This is the eighth week of our guest blog series to compare other parts of the world while Charlotte is visiting Canada for August & September. Our guests this week are the creatives Spencer from Calgary & Catherine from Johannesburg. 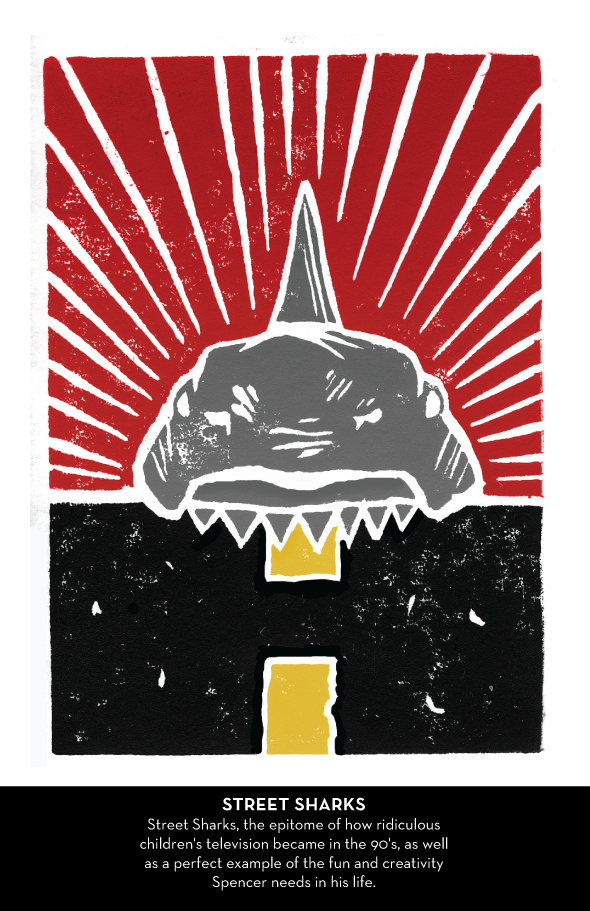 Spencer on where he lives:
"Calgary paints an interesting picture of popped collars, big trucks, and meat and potatoes, with bohemian culture and creativity trying to sneak their way in wherever they can.  It's a big change from the small town of Dawson Creek, which I came from eight years ago, and it definitely doesn't leave me with any shortage of inspiration either."

Spencer on Spencer:
"People who are familiar with my work know that I usually work in a very grungy ink and brush illustration style.  Already feeling nostalgic earlier this summer, and having a small brush with death, I decided to start a 365 project which encouraged me to get back to my creative roots and experiment as much as possible and which I decided to allow to inform this project as well."