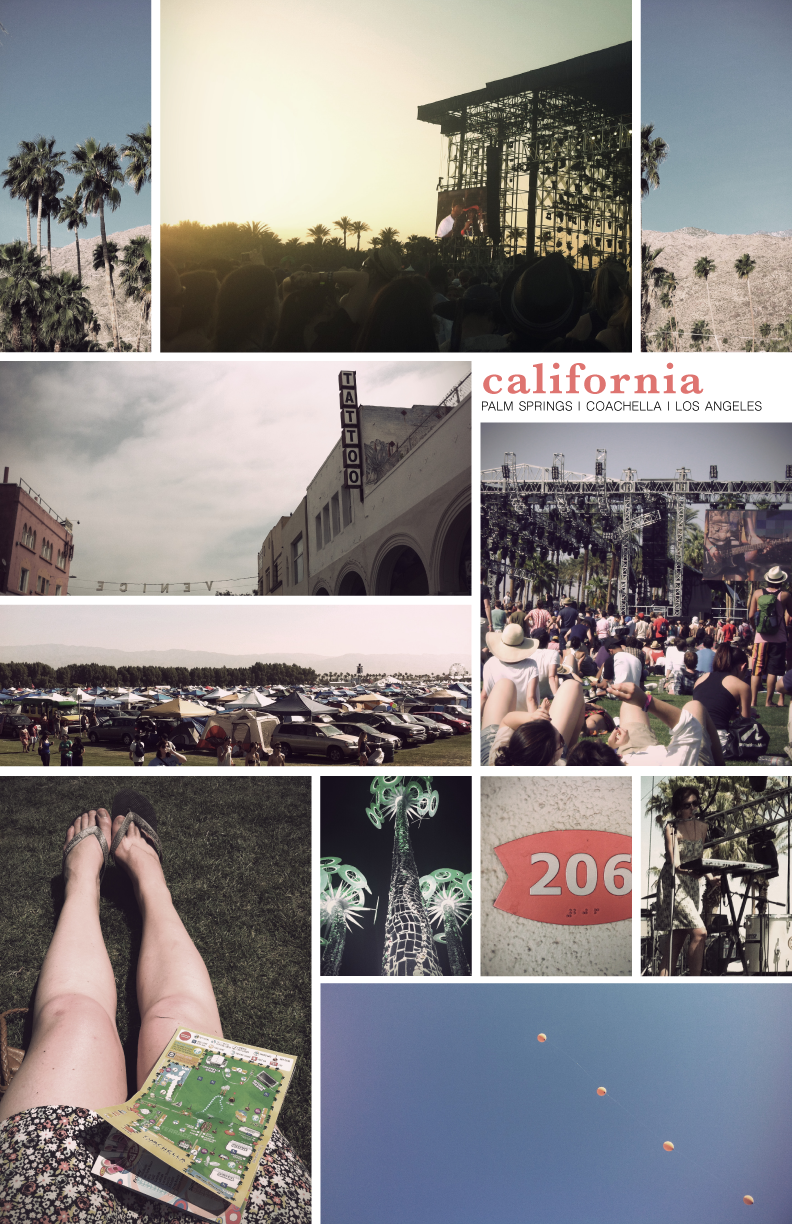 I suck at vacation photos. Don't get me wrong, I can use a camera just fine but I don't much like drawing attention to the fact I don't belong somewhere and hate coming off as a tourist. I also tend to worry more about missing the experience of a fleeting moment than I do about capturing it for posterity. Perhaps these are just bullshit excuses for my laziness but either way it's really quite a shame as I end up with very little evidence of my travels. I genuinely hoped this trip I could change all that and took my camera everywhere but my efforts were of no avail as I only ended up with a few shots worthy enough to share with you.

Photo bumbling aside, Coachella was an amazing experience. A festival of that scale with that many people is quite something when you are used to seeing shows in Calgary. It sounds silly but I feel like every set I saw was a highlight for one reason or another (aside from the Ariel Pink trainwreck, but even that was memorable). Some of the best include Rural Alberta Advantage, Titus Andronicus, The National, Cut Copy, CSS, Death From Above 1979 and the epic Arcade Fire performance. I was lucky enough to go with the absolute best group of people and spent much of the time with them laughing harder than I have in ages (evidence of this is a vodka energy drink cocktail coming out of my nose, likely causing my post-Coachella sinus infection).

Charlotte, you were missed. See you there next year?